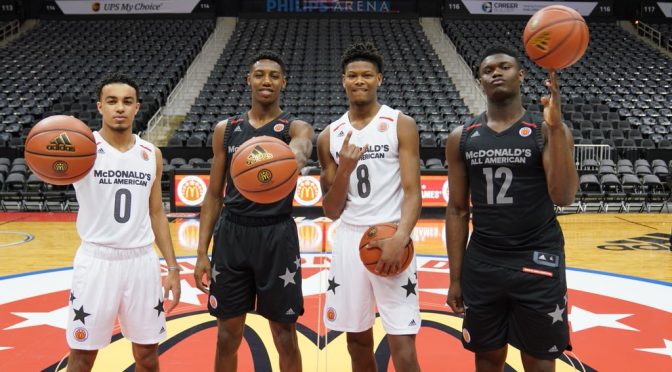 It s the first time that a school has ever had the top three rated players coming in at the same time.  A fourth Blue Devil to be, Tre Jones, finished the season ranked 17th.  Next years class is considered the best in the land by all the recruiting services.

Duke loses all five of their starters from last seasons Elite 8 team.  The Blue Devils may be adding other players to their roster which returns Marques Bolden, Javin  DeLaurier, Alex O'Connell, Jack White, Antonio Vrankovic , Justin Robinson and Justin Goldwire.