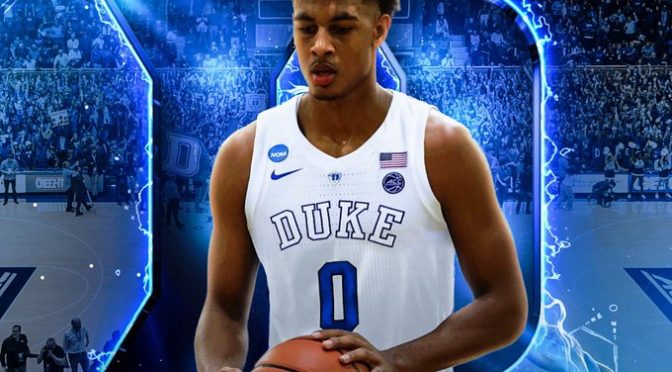 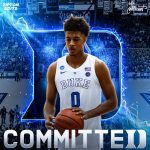 In huge recruiting news, Jaemyn Brakefield has committed to Duke.  The Blue Devils moved with a stealth-like and quick effort to secure his services.  Show him the love Blue Devil Nation for he is a part of the brotherhood.

Brakefield who was just offered yesterday knew where he wanted to go to college, calling Duke his dream school.  After talking with his AAU teammate over time, Brakefield was sold on Duke and he became their fifth commitment in 2020.

Brakefield moved up from the Class of 2021 to 2020 earlier this summer.  He is slated to play for Huntington Prep this season before joining the brotherhood next summer.

The newest Duke verbal commit averaged 15.9 points, 6.1 rebounds per game for Phenom Hoops on the Nike EYBL circuit which also features his future teammate Jalen Johnson.  He was also teammates with a key Duke target in the Class of 2021, Patrick Baldwin Jr.

Duke coach Mike Krzyzewski spoke to Brakefield on Wednesday of this week expressing the Blue Devils interest.  He would call on Thursday night to make an official offer.  Today, Brakefield felt that Duke was the perfect fit and he made his choice public.

Duke is getting a versatile frontcourt player in Brakefield who can stretch the floor with his outside shot or he can take the ball in the paint.  With his athleticism, Brakefield has a chance to be a good defensive player and he can hit the boards for rebounds.

The Blue Devils are not finished this with the Class of 2020.  They will get a visit from center Mark Williams on October 26th weekend.  They also have a standing offer with Hunter Dickinson.

This has turned out to be an exciting Friday for Brakefiled and Blue Devil Nation.  "Look what God can do," was the catchphrase on his commitment tweet.  Amen!