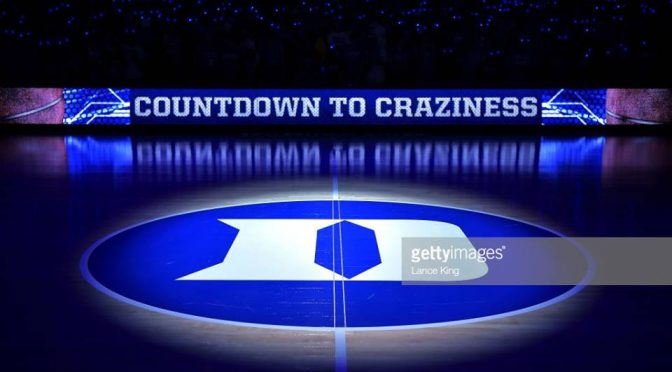 The Duke Blue Devils moved to 3-0 on the season with a 105-54 victory over Central Arkansas in the opening game of the 201 2K Empire Classic.

Duke jumped out to a 21-5 lead at the 12:40 mark of the first half where Duke freshman Matthew Hurt drained two three points to help lead the surge. Hurt ended the game with a career-high 19 points.

That lead grew after the Bears called a timeout to 25-5 as the Duke defense suffocated their opponent to 18% from the field at that point. It would not get much better for Central Arkansas which fell to 1-3 on the season.

By the half, Duke on a near-perfect display of basketball where they took a 57-20 lead.

Duke point guard Tre Jones took a hard fall at the 7:57 mark and went to the Duke bench with just over seven minutes left in the half and did not return. Jones posted 7 points and 2 assists and sat due to the lopsided Duke lead and precaution.

After the game, Krzyzewski said Jones was joking about and should be ready to go for Friday's game.

The Blue Devils came out a tad sluggish in the second half and one could see Duke coach Mike Krzyzewski yell, "Come on," to try and keep his team's intensity up. In fact, a timeout was called where the hall of fame coach showed his team how they were running up and down the court in an attention-getting manner.

Duke was up 67-30 when that happened and it was clear that Krzyzewski was looking for intensity while teaching a young team how to close games out.

Cassius Stanley continued his torrid play early in the season scoring the next 5 points. Stanley would finish the game with 13 points.

Duke was so dominant in the first half it was hard to keep the intensity going. But the Blue Devils responded to Krzyzewski encouraging them to close the game out which led to the 51 point win.

Vernon Carey recorded his first double-double in a Duke uniform with 17 points and 10 rebounds. Duke placed six players in double figures and held their opponent to 36% shooting. The Blue Devils also 14 steals and 26 points off turnovers.

Duke will return to the court for a 7:00 tip off with Georgia State this Friday. A Duke win would likely lead to another #1 ranking with the Kentucky loss earlier in the evening to Evansville.