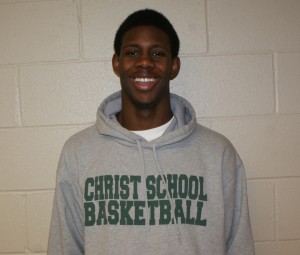 Blue Devil Nation Premium covered the Carolina Challenge this past weekend, and this is the first in a series of reports on the top players in the state of North Carolina.

So, what's changed since the last time I saw you at the Glaxo Invitational in Raleigh?

My jump shot and my right hand.

Do you mean you're working on that more often?

Yes.  I've been working on going to my right more often and my jump shot.

Has anything changed in regards to  your list of schools?

Oklahoma State has offered and Louisville has been in touch of late.  I'm getting a lot of letters and contacts.  I have pretty much the same list that I did in Raleigh.  (See our first interview with Kimbro which is located in our premium section)

What has Coach Gaines had to say to you?

He just said I need to step up and not just be a role player.

With Christ School's heavy losses, you will likely start ...

Mason Plumlee was your roommate this past season and you obviously know him well.  What has he said to you or left you with since he will soon graduate?

He just said that when you come here (Carolina Challange) make sure that you work hard and play hard because you don't know who is looking at you or who is watching you.

Who will you play your AAU ball with over the summer?

I'm playing with Loyalty out of Louisville, Kentucky.

Of course, you are from there and your Dad played for the Cards.  Are you enjoying their run of late?

Do you think that's your dream school?

I've started to like Louisville a lot more.  I like the work they put into the game and that they never settle, always wanting more.

How do you feel about your play in the first game?

Are you still open to other schools besides Louisville and Oklahoma State?

Definitely.  It's still early in the process.

Good luck to you the rest of the day.

BDNP overview - Kimbro has some interest in Duke [private] , but the Blue Devils have made just casual contact.  Coach K sent word to Christ School coach David Gaines about what Tony needed to work on when he visited a practice earlier this past season.  Coach Gaines told me that he hoped to talk Kimbro into staying local this summer and playing for an area AAU team.  He stated that his Mom likely thought that would be a good idea too.  Kimbro still needs work on going to his right for that will be exposed at some point.  He is always around the glass and picks up a lot of garbage buckets, but needs to develop a consistent pull up jump shot.  His on ball defense is pretty good for his age.  He does take plays off on occasion, but when motivated shows off his talents. [/private]