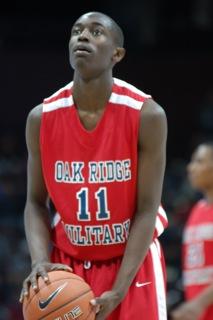 Swoosh!  That was the sound of the nets heard during the Carolina Challenge as Theo Pinson showed off his three point range knocking down three straight in the first game.  And that was a good sign for many analyst have questioned Pinson and his outside shot.  But Pinson is more than that and it was clear by the end of the Challenge that he was clearly in the top tier of players, many feeling he was the best prospect at the event.  No matter how you cut it, he would have made the all tournament team had one been named.  BDN caught up to Pinson and we first share this video interview with members and will later follow up with another interview and have experts break down his game.  Our Carolina Challenge coverage is just getting started, so enjoy this video and check back in for much more. [private]