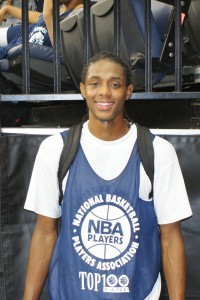 Brandon Knight scored 17 points, on Thursday, as Pine Crest dominated Chaminade-Madonna 68-32. On Tuesday, Knight made six three pointers and exploded for 37 points in a 79-48 victory over Coral Springs Charter. Knight will be facing off against Kenny Boynton for the second time this season on January 31st. The Sun-Sentinel has a game preview posted. Knight scored 35 points as Pine Crest defeated American Heritage earlier this season.

Atlantic Shores defeated StoneBridge 78-43 on Saturday night with Andre Dawkins' 24 points leading the way. Dawkins scored 21 points on Thursday in a 68-52 win over Benedictine, and 16 points in a 73-36 defeat of Williamsburg Christ on Tuesday evening.

Josh Smith scored 29 points on 14-of-19 shooting but #2 Kentwood fell to Kentridge 67-58. The game is the second story in this Seattle Times article. The lead story is about #1 Garfield losing to Foss. Garfield features Tony Wroten Jr. who did not play due to a sprained ankle. Earlier in the week, Smith scored 15 points and 39 points in two Kentwood victories. Smith is averaging 25.5 points per game.

Christ School dropped their second game of the season with a 64-60 loss to Princeton High School of Cincinnati on Saturday.  Mason Plumlee scored 12 points.  Plumlee scored 20 points and Tony Kimbro added 13 in a 68-66 win over New American of New York on Friday night. Both games were part of the Laurel County Hoop Fest in Kentucky.

Harrison Barnes scored 19 points as Ames defeated Mason City 86-63 on Saturday night. The game was tight early with Mason City having a five point lead in the second quarter before Ames pulled ahead to lead 44-41 at the half. The Ames Tribune has a game recap posted.