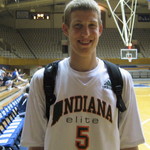 In the season opener, on November 15, Plumlee’s stat line against Veritas was seven points, six rebounds, four assists and three blocks. On November 18, he exploded for 28 points and 11 rebounds in the victory over Asheville.

Christ School will return to action on December 2, against Spartanburg Day School.[/private]