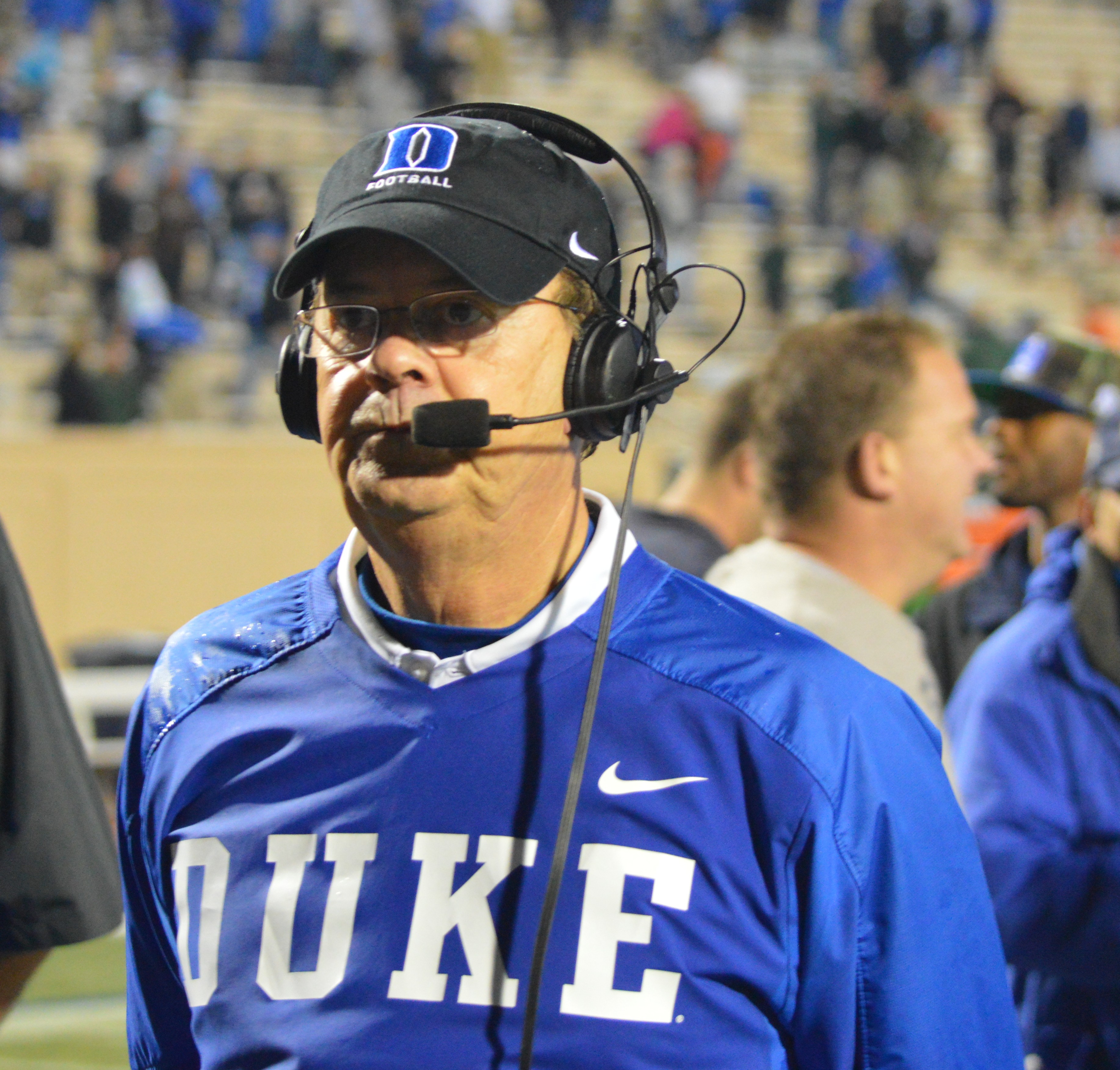 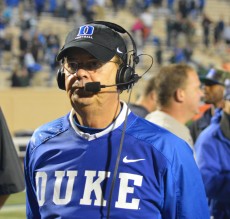 Duke head football coach David Cutcliffe has been named the 2013 National Coach of the Year by the Walter Camp Foundation, announced on Thursday by the organization.

The Walter Camp Coach of the Year is selected by the nation’s 125 Football Bowl Subdivision head coaches and sports information directors.

“Coach Cutcliffe is more of a mentor than a coach to me and the rest of my teammates,” redshirt junior quarterback and team captain Anthony Boone said. “It’s been great, just learning how to be a better quarterback and a better man. What makes him special is that he actually cares; that he’s a genuine guy. Everything he says, you can take to heart.”

Now in his sixth year at the helm of the Duke gridiron program, Cutcliffe has guided the Blue Devils to a 10-2 record this season including the ACC’s Coastal Division championship. The 10 wins are the most in school history, bettering the previous standard of nine set by the 1933, 1936, 1938 and 1941 squads.

The ACC’s Coach of the Year in 2012 and 2013, Cutcliffe guided Duke to its first ranking in the BCS standings and jumped four spots to No. 20 following last week’s 27-25 road win over North Carolina. Also ranked 20th in this week’s Associated Press national poll, the Blue Devils will face top-ranked Florida State in the 2013 ACC Championship Game on Saturday at 8 p.m. at Bank of America Stadium in Charlotte, N.C. The game will be televised nationally by ABC.

A native of Birmingham, Ala., Cutcliffe has guided the Blue Devils to 31 victories in his five-plus seasons after Duke managed just 10 wins in the previous eight years.

Walter Camp, “The Father of American football,” first selected an All-America team in 1889. Camp – a former Yale University athlete and football coach – is also credited with developing play from scrimmage, set plays, the numerical assessment of goals and tries and the restriction of play to eleven men per side. The Walter Camp Football Foundation – a New Haven-based all-volunteer group – was founded in 1967 to perpetuate the ideals of Camp and to continue the tradition of selecting annually an All-America team.

The Walter Camp Football Foundation is a member of the National College Football Awards Association (NCFAA). The NCFAA was founded in 1997 as a coalition of the major collegiate football awards to protect, preserve and enhance the integrity, influence and prestige of the game’s predominant awards. The NCFAA encourages professionalism and the highest standards for the administration of its member awards and the selection of their candidates and recipients.