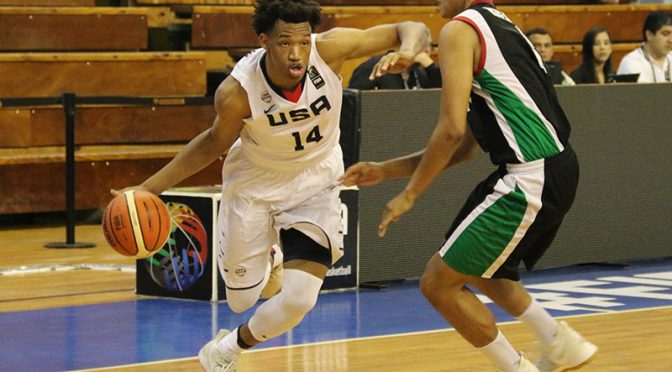 One of the nations top prospects, Wendell Moore Jr. has decided he will play basketball for Duke University.  His announcement came in front of his hometown Cox Mill fans.  Moore picked the Blue Devils over in state and ACC rivals North Carolina, N.C. State and Wake Forest.

Moore is a tough and physical wing player who some consider a power guard.  He is a top-notch defender who can guard multiple positions and he possesses a 6-11 wingspan while standing close to 6-6, 210 pounds.

Moore helped lead his Cox Mill team to back to back state titles and has just returned from a stint with USA Basketball.  He is expected to become the Cabarrus County’s all-time leading scorer during his senior season with the Chargers where he's 19 points shy of the record.

The newest Duke commitment was born in Richmond, Virginia but currently hails from Charlotte, N.C.  He played his AAU ball for CP3 in the Nike EYBL.  A season ago he averaged 25.4 points per game in high school and added 7.3 rebounds per contest.

Moore was named as the 2017-18 North Carolina basketball coaches player of the year.  He was first-team all state in various publications including USA Today.

The Charlotte native has also won two gold medals while playing for USA Basketball in 2017 and 2018.  He started all seven games where his USA team went undefeated this past summer in Santa Fe, Argentina.

Moore grew up a LeBron James fan and is the son of Marie and Wendell Moore Sr.  He is the first commitment in the 2019 class for Mike Krzyzewski and the Duke Blue Devils.

For more on Moore and Duke Basketball recruiting. join Blue Devil Nation Premium during our 60.00 for the one-year special offer in the link above.  Where will Duke go from here?  We'll talk about that and more.