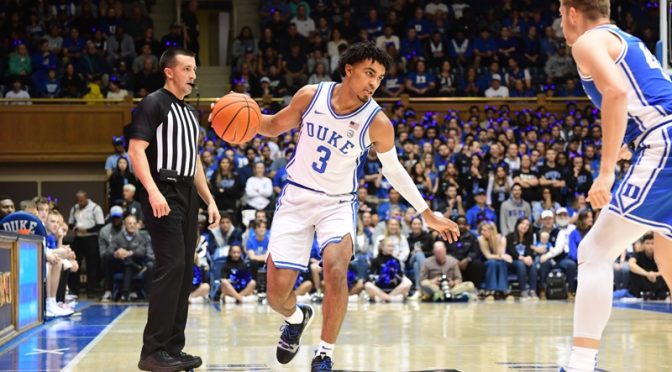 LOS ANGELES, Calif. (November 5, 2019) – The John R. Wooden Award® presented by Wendy’s® announced its Preseason Top 50 Watch List today on ESPN’s SportsCenter and on ESPN.com. Chosen by a preseason poll of national college basketball experts, the list is comprised of 50 student-athletes who are the early front-runners for the most prestigious honors in college basketball, the Wooden Award All American Team™ and Most Outstanding Player Award.

The Preseason Top 50 list represents 12 conferences. The Pac-12 leads all conferences with 8 selections, followed by the Big East and SEC with seven apiece, the Big Ten with six, the ACC with five, the Big 12 with four, the American and WCC with three apiece, the A-10 and Mountain West with two each, and the America East, Conference USA, and Horizon League with one selection apiece.

The players on the list are considered strong candidates for the 2020 John R. Wooden Award Men’s Player of the Year presented by Wendy’s. Players not chosen to the preseason list are still eligible for the Wooden Award™ midseason list, late season list, and the National Ballot. The National Ballot consists of 15 top players who have proven to their universities that they meet or exceed the qualifications of the Wooden Award. Nearly 1,000 voters will rank in order 10 of those 15 players when voting opens prior to the NCAA Tournament and will allow voters to take into consideration performance during early round games. The Wooden Award All American Team™ will be announced the week of the “Elite Eight” round of the NCAA Tournament. The winner of the 2020 John R. Wooden Award will be presented by Wendy’s during the ESPN College Basketball Awards on Friday, April 10, 2020

About the John R. Wooden Award

Created in 1976, the John R. Wooden Award Program hosts the most prestigious honors in college basketball recognizing The Wooden Award Most Outstanding Player for men and women, The Wooden Award All American Teams for men and women and the annual selection of the Wooden Award Legend of Coaching recipient. Honorees have proven to their university that they meet or exceed the qualifications of the John R. Wooden Award as set forth by Coach Wooden and the Wooden Award Steering Committee, including making progress towards graduation and maintaining at least a 2.0 cumulative GPA. Previous winners include Larry Bird (’79), Michael Jordan (’84), Tim Duncan (’97), Kevin Durant (’07), Candace Parker (’07; ’08), Maya Moore (’09; ’11), Chiney Ogwumike (’14), and last year’s recipients, Sabrina Ionescu of Oregon and Zion Williamson of Duke.