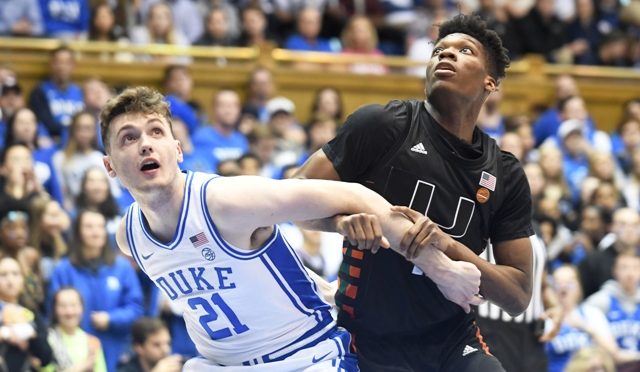 The new A.P. poll was released just moments ago and the Duke Blue Devils move up to

The Blue Devils are currently riding a seven-game winning streak including a recent blowout win over Notre Dame.

Duke returns to the court this Wednesday to take on N.C. State in Raleigh, N.C. before taking on Virginia Tech at home on Saturday.

This is the 40th consecutive week Duke has been ranked as one of the nation's top 10 teams which is the second-longest streak.

The Blue Devils closed the gap to within 9 points from Dayton. Duke is 3-1 vs Top 25 teams, while Dayton is 0-1. The ACC has 14 Top 25 wins while the Flyer's conference has a single top 25 win on the whole, but I suppose that does not matter.

No knock on Dayton, they are a solid team, but I see a much better resume from the team in Durham.

While polls are subjective, considering Duke has a win over Kansas and the aforementioned stats make for curious questions with concern to the criteria some voters are looking for.

Ever since Duke was upset by Stephen F. Austin there seems to be a hesitance to move them forward a bit, nevermind there current seven-game winning streak. For what it is worth, the Lumberjacks are now the 33rd team in the top 25 voting. they're atop their league and a tournament lock.

Duke is also 6th in the new coaches poll, just 7 points shy of 5th this week. The top 10 in each poll are identical.

Duke has been ranked in the top 25 in 79 consecutive polls.