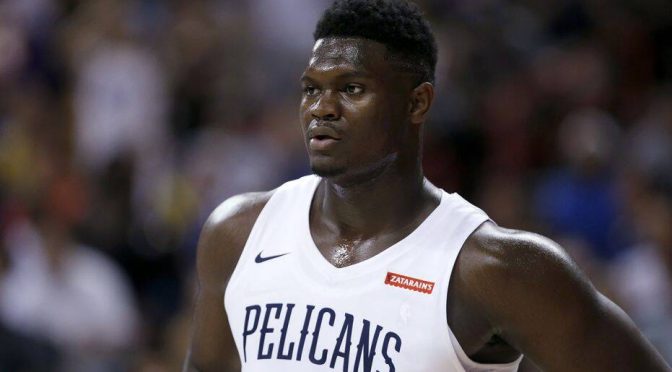 ORLANDO, Fla. -- With the 2019-20 NBA season ready to restart Thursday night at the ESPN Wide World of Sports Complex in Orlando, the Duke Blue Devils boast a league-leading 17 players on the 22 teams that will return to play following the suspension for the COVID-19 pandemic.

The 22 teams consist of the 16 teams (eight per conference) in current playoff positions and the six teams that are currently six games or fewer behind the eighth seed in their respective conferences. At the conclusion of the seeding games, if the eighth seed is four games or fewer ahead of the ninth seed, those teams would compete in a play-in tournament to determine the eighth playoff seed. Playoffs and Finals will proceed in the traditional, conference-based format.

Of the Blue Devils' 17 players -- matching Kentucky for the most on restart rosters -- five are on the New Orleans Pelicans: Brandon Ingram, Frank Jackson, Jahlil Okafor, J.J. Redick and Zion Williamson. The Pelicans, whose general manger is former Blue Devil Trajan Langdon, are in a dogfight for the eighth seed in the Western Conference with Memphis, Portland, Sacramento, San Antonio and Phoenix.

Also for Duke, Quinn Cook is on the roster for the Western Conference-leading Los Angeles Lakers, with Mason Plumlee on the third-place Denver Nuggets, Austin Rivers on the sixth-place Houston Rockets and Seth Curry on the seventh-place Dallas Mavericks.

The lone Eastern Conference representative from Duke is 2020 NBA All-Star Jayson Tatum from the Boston Celtics. Tatum, an NBA All-Rookie pick in 2017-18 and on pace to earn an All-NBA spot for the 2019-20 season, enters the restart averaging a career-best 23.6 points and 7.1 rebounds in the team's first 59 games this season.