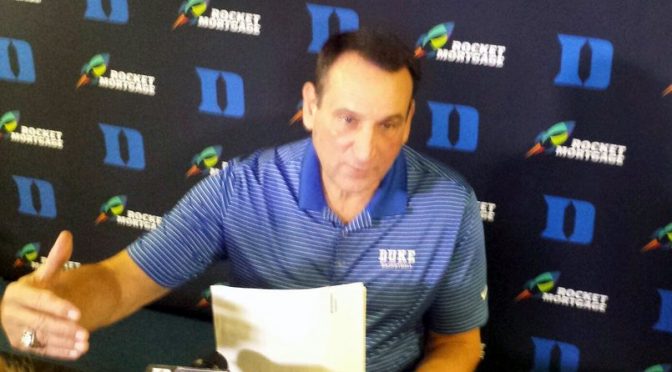 Ironically, an ACC basketball team in Clemson took it to Alabama on the hardwood yesterday just before Nate Oats issued an apology to Duke Coach Mike Krzyzewski in the post-game press conference. https://www.al.com/alabamabasketball/2020/12/alabama-coach-nate-oats-apologizes-to-mike-krzyzewski.html

The Crimson Tide head man took some unusual shots at Krzyzewski after he elected to cancel the remaining non-conference basketball schedule this season.

The short-sighted criticism without the facts drew plenty of attention to Oats. In fact, Syracuse coach Jim Boeheim ripped him after his team walloped Boston College in their ACC opener.

“I kind of want to publicly apologize to Coach K for what I said,” Oats said. “I assigned a motive to him and a decision made for his team, which I shouldn’t have done. I actually felt terrible about it as soon I got out of the press conference, I reached out to him.

“He was gracious enough to return my call. We had a good talk on the phone. I got the utmost respect for him as a coach. He’s done unbelievable. Shoot, he’s an Olympic [coach]. When we played there my first year as a head coach at Buffalo, he was great to me, my family and my wife. She was going through a cancer battle at the time. He helped [former Buffalo coach Bobby] Hurley early in his career. Coach Hurley in turn hired me. He’s done a lot of good things for me.

Anyhow, if you read the article at AL.com you may even see more head-scratching information where Oats speaks of how Krzyzewski actually helped him early in his career.

Needless to say, it was not a good week for Oats who brought it all on himself. The Duke decision to cancel one of two games was a well thought out decision for what was best for the program and players.

Duke will travel to South Bend for its ACC opener against Notre Dame on the 16th of December. The Irish are coming off a win over Kentucky in Rupp Arena.