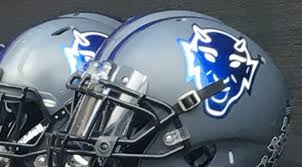 Duke shifts to ACC play to begin the month of October when it heads to North Carolina on the 2nd.

The Blue Devils close out the 2021 season with three-of-four home contests. Duke first welcomes Pittsburgh on Saturday, November 6, before traveling to Blacksburg, Va., on Saturday November 13 for its final road test at Virginia Tech. Louisville (Thursday, November 18) and Miami (Saturday, November 27) then make their way to Brooks Field at Wallace Wade Stadium to wrap up the regular season.

Information regarding season and single-game tickets will be announced at a later date.