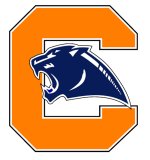 In 2010, Duke coaches and fans were impressed by the play of freshman linebacker Kelby Brown. On the recruiting trail, the Duke coaching staff is searching for more hard-hitting linebackers to join Brown on the Blue Devil defense. Preston Durham is a 6’1” 205 pound linebacker from Inman, South Carolina. As a junior, Durham was named to the SC All-Region team, as he wrecked havoc on opposing offenses, totaling 130 tackles, 4 pass break-ups, 2½ sacks, 2 forced fumbles, 1 interception, and 1 blocked kick. His standout season earned him 1st team 2010 US Air Force Junior All-American honors.

Well, I believe I have great awareness and a nose for the football, and great quickness and speed.  Can really explode through the block.

BDN: What are some of the things you have been working [private] on this offseason?

Definitely speed and size and strength.

I’d like to make the playoffs this year, and go as far as we can.  I’d like to eclipse my tackle record, and break all my records that I’ve set in the previous years.

Definitely the atmosphere of the school and the people, and the facilities is a big thing, and of course the education, and the coaching staff.

Duke has been contacting me, he’s come to the school a couple times, and Georgia Tech, along with – let’s see, Clemson has too.

Well, I don’t know.  I mean, I’d have to take a lot of time to think and do some research on the school and everything, but I don’t know, I’d probably do it after my senior season.

I have an extremely hard work ethic, and a drive inside me that I’m not gonna stop. [/private]