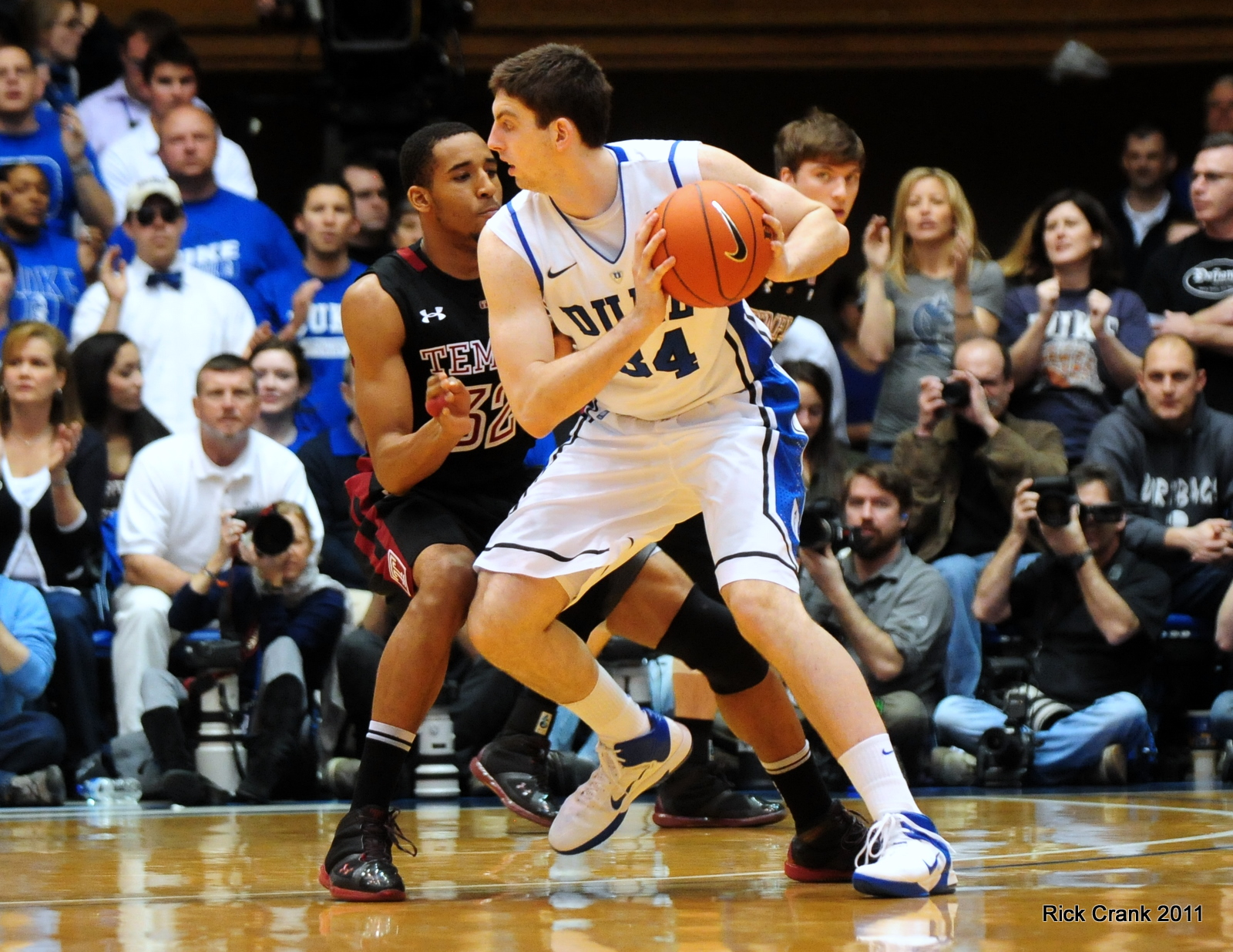 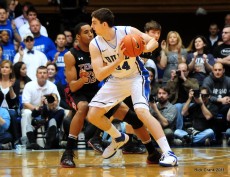 Duke had a nice team win over Wake Forest but Ryan Kelly showed up big with 23 points, 8 rebounds and 2 blocked shots.  BDN's Terry Rains caught up to Ryan for his post game comments -

Winston Salem, NC -The Duke Blue Devils had little trouble in disposing of the Wake Forest Demon Deacons 79-71 in Winston Salem on Tuesday evening. With the win the Blue Devils for to 26-4 overall and 13-2 in the ACC. The win sets up the battle for the regular season title with North Carolina this Saturday.

Once the Blue Devils gained control and held a huge working margin for most of the game but Wake mounted a late comeback to make the game interesting. Duke once held a 65-42 lead and were outscored 43-40 in the second half.

There were times in the game when you could hear only Duke fans chanting "Let's go Duke," and the Duke players all mentioned this in the locker room after the contest.

The Blue Devils were led in scoring by Ryan Kelly with 23 points to go with 8 rebounds. He was followed in scoring by Seth Curry with 15, Mason Plumlee with 12 and Austin Rivers with 10 to round out the double figure scorers.

Once again, the three ball was kind to Duke as they knocked down 10 of 20 which translated into 30 of their 79 points. The Duke bench outscored the Deacons by a 21-10 margin and the Blue Devils held a 39-29 advantage on the boards.

Duke moves to 11-10 in games played in Lawrence Coliseum and Coach K is now 41-23 all time against the Deacons. But the most impressive stat is the fact that Duke is one of four teams to go 8-0 on the road in the ACC this season and that earned the praise of Duke Coach Mike Krzyzewski in his post game press conference.

Another positive in this game was Mason Plumlee going 8 of 9 from the free throw stripe.  Here are  two BDN Videos for you to hear Coach K's comments -