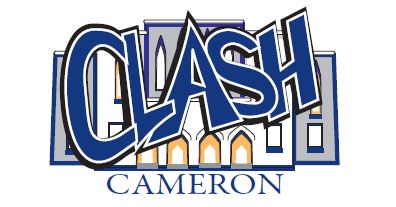 The S.J.G. NC Pro-Am is a summer basketball league produced and run by North Carolina' own Jerry Stackhouse along with childhood friends Donyell Bryant and John "Chuck" Jones. Their organization has done  a magnificent job in building the summer league into one of the best in the country, not only by the exceptional talents that participate on the court but more so by implementing a system that stresses mentor-ship, sportsmanship, and competitiveness to all the athletes involved. We are blessed with the opportunity to partner with Jerry, Donyell, and Chuck in hosting this event in Durham beginning December 16th," said Rob Blair, Bleid Sports CEO. "Having our two entities partner makes perfect sense for both parties. Jerry brings years of knowledge and All-Star status to the basketball arena, and Bleid Sports is building momentum in hosting the premier showcases for young women and men across the United States. I'm thrilled to be working with the staff at S.J.G NC Pro-Am and look forward to a very long relationship with them."

Make no mistake about it, Seth Curry is poised to pick up the slack with the departure of Kyrie Irving and Nolan Smith.  He's been lighting it up at the N.C. Pro Am and BDN Video caught up to Curry for this interview -

BDN caught up to rising Duke senior Miles Plumlee for a brief chat as passing fans did their best to distract him.  Check out the latest exlusive from BDN Video -

I'm on the road to Augusta, Georgia for the Nike Peach Jam, so Monday Musings has been cancelled this week.  To hold you over, here is a brief interview with Ryan Kelly from the NC Pro Am -

The North Carolina Pro Am is closing out it's 2010 campaign this weekend as the teams participate in the play offs.  On Friday evening, three Duke players helped their teams advance to the Saturday rounds.  Seth Curry scored 14 points to go with 4 assists and 3 steals which helped Team Jamison defeat Team Navy 61-46.

The game also featured a up and coming star in Durham Hillside's Torian Graham who has mentioned that he wants Duke and UNC to take a look at him.  He is already a key early target for N.C. State.  Southern Durham alum and current Miami Hurricane Julian Gamble led Team Jamison with 22 points.

In the evenings best game D-One held off Lucky 7 behind the play of Ryan Kelly [22 points] and Andre Dawkins with 20.  Kelly continued to show his off season improvement and he went up against Josh Powell for the evening.  Powell finished the game with 15 points and Courtney Fells added a team high 19 for the losers.

Andre Dawkins had just 3 points at the half, but a second half surge helped him end the game with 20.  The Pro Am action continues today with the championship game being played Sunday afternoon on the campus of N.C. Central.

DURHAM, N.C. - Duke sophomore Andre Dawkins hopes to make a big contribution for the 2011 Duke Blue Devils and he's prepping at the N.C. Pro Am which goes into its final week.  Dawkins talks of the freshman, his off season workouts, the pressure of possibly being number one and much more in BDN's latest [private] player interview.