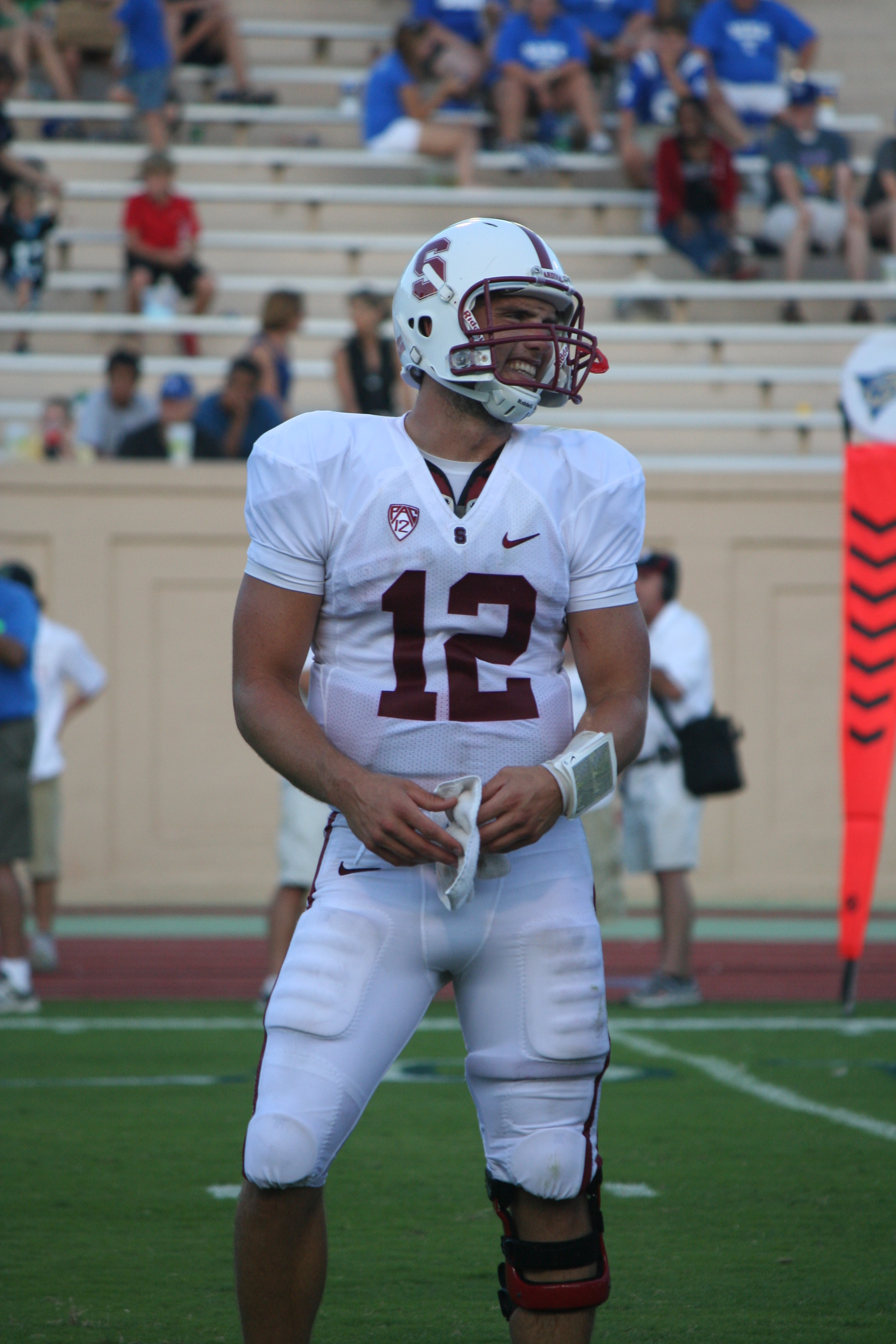 The Blue Devils fell to Andrew Luck and the Stanford Cardinal, 44-14 in Wallace Wade Stadium on Saturday. The game played out much like we expected, with Duke competing with the Cardinal early, but unable to sustain their intensity for four quarters. Here's our rapid reaction, along with our postgame interviews:

Duke scored just 1 of 3 trips to the red zone, missed three FGs, and recovered an onside kick but did nothing with the possession. In contrast, Stanford scored on all 4 of their trips to the red zone. That was essentially the difference in the game, as the Blue Devils failed to capitalize on their scoring opportunities. The Duke offense was able to move the football well, racking up 335 total yards of offense, but couldn't find the end zone until late in the 4th quarter on Anthony Boone's 2-yard TD run. The turning point in the game was on the opening drive of the 2nd half, when Duke drove the ball into the red zone, but again came up empty. Stanford would score on the next possession to go up 24-7 and essentially put the game away. Too many missed opportunities to knock off the #6 team in the country; Duke will have to sort out their red zone struggles next week against a tough BC defense.

It's been a long time since the Blue Devil defense made a Heisman candidate look uncomfortable under center. In fact, the Duke defense has historically made average college QBs look like Heisman contenders. Today was a different story, as the Blue Devils were able to pressure Andrew Luck, knocking him down on several plays, including 2 sacks, and forcing a rare interception. In the 1st half, the Duke defense played well enough to keep the Blue Devils in the game, but without any help from the offense, they were unable to sustain their momentum. Senior safety Matt Daniels had another outstanding game with 13 tackles and likely caught the eye of several of the NFL scouts in attendance.

It takes more than a dismal opening week loss to Richmond to dim the spirits of the Duke Football faithful. While there were certainly several sections of empty seats, particularly in the hot sun, but the nearly 25,000 fans who were there were loud and intense. In particular, the much maligned Duke student section in Wallace Wade Stadium was as good as it has been in years. Well done! This Duke team has shown flashes of putting the pieces together, and their best football is still ahead of them this season. An excellent road test awaits in Chestnut Hill next Saturday, followed by a very winnable Homecoming matchup against Tulane. Let's Go Duke!