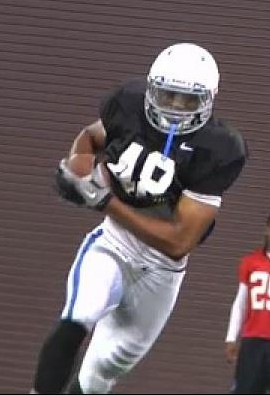 Wideout Corey Gattis led all receivers with six catches for 81 yards including a 42-yard touchdown from quarterback Thomas Sirk.  Holliday finished with five receptions for 65 yards while Reeves had three grabs for 51 yards.  Sirk enjoyed the morning by completing five-of-nine throws for 75 yards, rushing four times for 54 yards and catching a pair of passes for 25 yards.

Duke will host the program’s annual Spring Game presented by PNC Bank on Saturday, March 31 at Wallace Wade Stadium.  Kick-off is set for 1 p.m., and admission is free of charge. 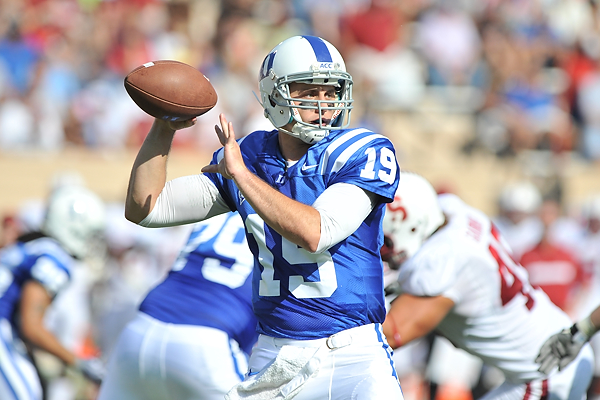 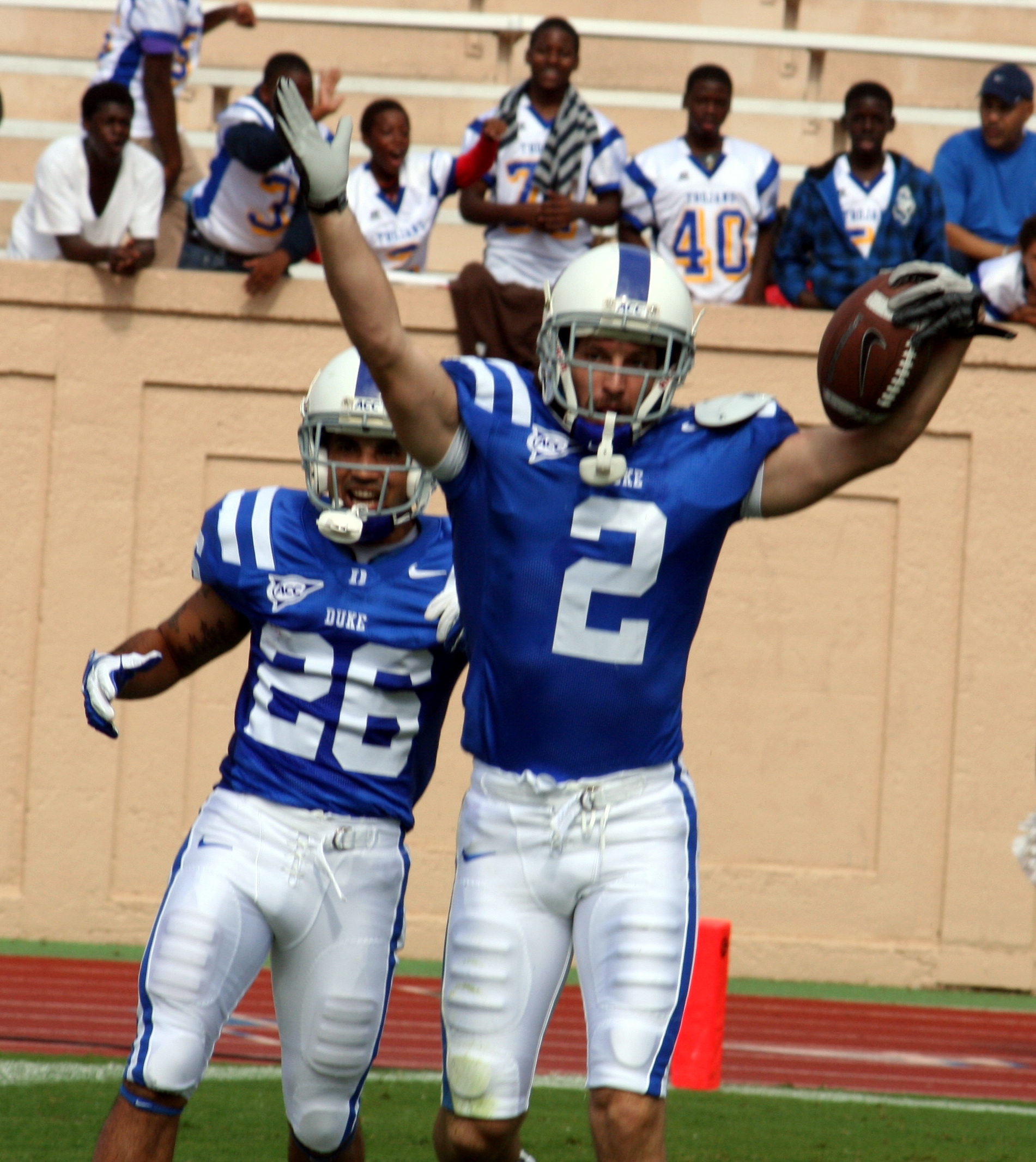 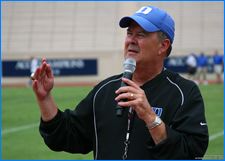 This past weekend, BDN took in the first full contact scrimmage of spring practice where the offense was very successful in pretty much everything they did.  There was a reason for that and you'll learn the latest on spring football to date by watching our weekly Spring Football Update with Duke coach David Cutcliffe 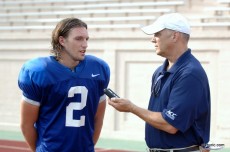 The Duke Blue Devils took to the field at Wallace Wade Stadium on Saturday morning for their first full contact scrimmage of the season.  The offense was clearly ahead of the defense which is learning a new scheme and missing six key players.  As usual Conner Vernon made his presence felt as the Blue Devils pass receptions leader a year ago.  BDN caught up to Vernon to talk about spring practice, the game and more via BDN Video. 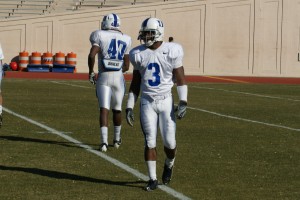 Byas scored the morning’s first touchdown by intercepting a Brandon Connette pass and returning the football 41 yards to the end zone.  Foxx later scooped up a fumble and darted 35 yards for a score.  Defensive end Kenny Anunike had one fumble recovery while defensive tackle Sydney Sarmiento and cornerback Ross Cockrell carded one interception each.

“We had good work today; a lot of things happened,” said Duke head coach David Cutcliffe.  “We made it very game-like; played field position; played the game. The best thing that happened was our defense taking the ball away.  Jordon Byas intercepted a pass early, took it back for a score, and kind of set the tempo of the game.”

“I really like what we’re doing as a defense right now,” Kromah said.  “We’ve got a lot of young guys learning the system and making plays.  It’s exciting.”

On offense, running back Patrick Kurunwune rushed 13 times for a game-high 82 yards with one touchdown while Josh Snead added 56 yards and two touchdowns on 10 attempts.  Snead’s 44-yard touchdown run marked the longest play from scrimmage on the day.  In addition, Jay Hollingsworth chipped in 46 yards on the ground on 10 carries.

Quarterback Sean Schroeder completed 10-of-20 passes for 116 yards including a 36-yard touchdown pass to wideout Conner Vernon.  He was intercepted once and added a seven-yard touchdown run.  Connette finished the day eight-of-16 through the air for 97 yards with two interceptions and a two-yard scoring strike to tight end Cooper Helfet.  Both quarterbacks converted two-point PAT attempts via the air with Schroeder hooking up with Austin Kelly and Connette finding Tyree Watkins.

Kelly caught a scrimmage-best four passes for 36 yards while Watkins had three grabs for 33 yards.  Kurunwune and Vernon had two receptions apiece for 24 and 45 yards, respectively.

“It was great to see our receivers, who, with our young quarterbacks, probably haven’t been used as much,” noted Cutcliffe.  “Our receivers got quite a bit more in the ball game and got more involved – kind of back to playing Duke offense in that regard.  And then Jay Hollingsworth and Kurunwune and Josh Snead were all contributing some runs. We’re going to learn a lot from it.  The thing I came out here today hoping to see was, number one, see us compete a little better.  I thought we did that.  Number two was to play with better feet all the way across the board. I’m hoping we did that, and I hope we played lower.  We’ll look at the tape and see where we are.”

“I’m excited about the nine days that we’ve had,” said Cutcliffe.  “They deserve a little spring break time, and then when we come back, we’re going to pick up right where we left off and have two good weeks.  I’m excited – hopefully the weather will be a little friendlier and we won’t be the frozen tundra anymore.”

Duke’s next spring practice is set for Wednesday, March 17.  The annual Spring game will be held at 1 p.m. on Saturday, March 27 in Wallace Wade Stadium.